Another Nine Worlds has past and after this one on the 9th of August we’re turning two!

Third Vault Yarns has been my baby for the past 2 and a bit years, from conception, my first dyeing for the business  and my first “show”, Nine Worlds 2015, to now and the 1000’s of skeins dyed (it feels weird to realise that I’ve dyed way more than 1000 skeins of yarn from when I first started to now).  It’s been a learning curve for me to go straight from University to running my own business and doing something I love.  None of which could have been achievable, or that I could continue to do without your support.

I feel a bit nostalgic after Nine Worlds now, as I look back at the second Nine Worlds convention that I attended and where I launched Third Vault Yarns. I took 65 skeins of yarn that I ummed and aaahed over, was absolutely terrified that no-one would like any of them and I would have completely wasted the loan that I begged my mother for, to get yarn and equipment. 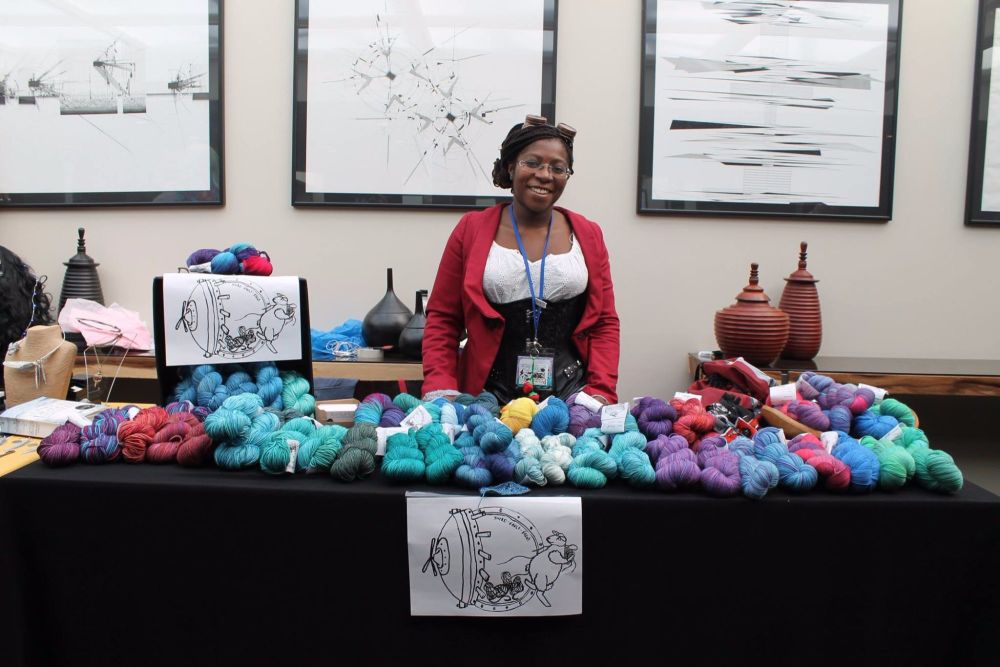 In true Nine Worlds fashion however, convention attendees came by, chatted, squished and to my surprise and delight, purchased! I left the convention that Sunday with 10 skeins of yarn, orders for more and a full heart. With drive and the buoyant feeling that yeah I could do this. Now that doesn’t mean I don’t experience that abject terror before every show, that it’s all been a fluke and no-one will like or want my yarn.  I have to tell you that it is an honour every time someone spends money on my yarn, and I am extremely grateful. That honour is magnified when someone not only spends their money but uses their time (because being real, time is precious and finite) to make something from my yarns. Getting to see what people have made with my yarns brightens even some of the worse days, because it says to me that you value my work enough to devote your time and energy to creating something beautiful with it. That goes for every single person that's ever purchased yarn from me and/or made something in my yarns, much love!

So I’ll stop rabbiting on and just say, Thank you for the last couple of years and I look forward to many more. See you next year Nine Worlds!