It’s been an eventful year and it’s not done yet! We’re in our last quarter of the year, given that you may be wondering why I haven’t sent out a voting email for the Quarterly club. That’s because the Quarterly club is no more! At least under that name. There was a little contest in the Facebook Group The Vault ~ Third Vault Yarns to give it a new name and out of three suggestions Goblet of Fandom won out in the vote. Let give a little shout out to Aislin who suggested it. We changed the name of the Quarterly club because of the introduction of two new once a quarter clubs. Third Vault Yarns now does 3 quarterly clubs! Read on to find out more about the new clubs.

The first was announced over the period of our second birthday shenanigans, in a previous blog post, The Vaulter’s Book Club. Which will occur In the first month of every quarter. The First Edition of Book Club is currently open for sign ups until the end of the week, so swing by the form and sign up if you would like some pretty yarn, a great pattern from Bronagh Miskelly and a themed extra plus a little sweet treat. All inspired by the ‘I Bring the Fire’ Series from C. Gockel. Book Club is open to everyone, so please do come and join us either in the Facebook or Ravelry group for book discussion. The first book in the Series (Wolves) is free across many Ebook platforms including Amazon. Where you can also find the first few books in the series for free also. 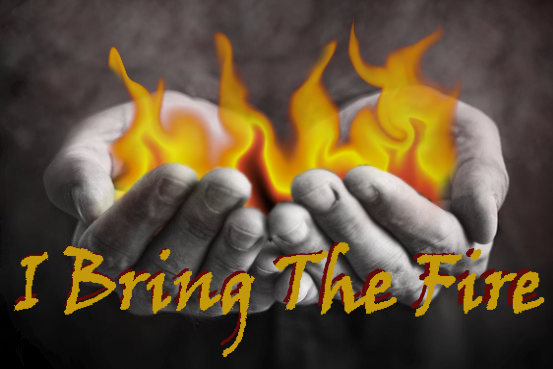 The Second is the Goblet of Fandom, which other than a slight change of name and makeup as brought on by the club survey earlier this year is still the same as always (apart from this quarter). Voting will still occur as normal in the first month of the quarter, sign ups in the second, teasers and the club goes out in the third month.

The Third won’t be making an appearance this quarter as the Goblet of Fandom is getting a bit of a shake up, which is why you won’t have seen a vote go out. However it will be introduced with an optional extra to this Goblet of Fandom with special project bags from The Little Grey Girl. Yep it’s a project bag club, which will of course need a name so get those thinking caps on, there’s likely to be another contest in the future!

Some of you may remember that in the second quarter the vote was close. Harry Potter won over Sherlock by one vote. As I already had so many ideas for Sherlock I made the executive decision to reserve the theme for the final quarter, to give the year a most excellent seeing out. For this we’re going to get really interactive. In fact I’ll need a good crop of consulting detectives because there is a case to be solved! A most dastardly affair full of intrigue, and twists, sign ups will open on the 14th and on the 1st the Game begins. Everyone that is joining in will receive the facts of the case to their emails with special invitation to our secret group. It is of course up to you if you’d like to take part, though I’ve added a couple of incentives!

Phew! That was a bit long wasn’t it. Well in any case a few more quick announcements to be made. You’ll be able to find some of Third Vault Yarns in Handmade studios in Rowlands Castle for the next couple of months. We’ll also be doing a new show at the end of the this month (28th October) in Birmingham, Yarn @ Medicine and as per the last two years we’ll be at Festiwool on the 11th of November.

We’re getting Gytha Worsted back in stock in the next week or so, so if you’ve had designs on some of this beautiful squishy falklands merino yarn, please drop me a message and I’ll reserve some for you. If you’re looking for one skein it’s the perfect yarn for hats and cowls this winter and would make wonderfully cosy garments.